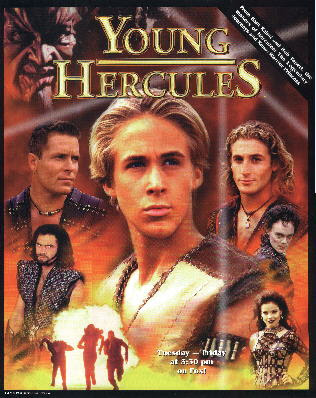 Young Hercules is a spin-off from Hercules: The Legendary Journeys. It was aired on Fox Kids  from September 12, 1998 to May 12, 1999. It lasted only one season with 50 episodes (51 episodes were actually written, but 50 were produced and aired)


This show tells the tale of Hercules adventures as a teenager when he learned his warrior skills at a training academy. Together with his friends Iolaus and Jason, he fights his brother Ares, other gods such as Bacchus, and various bandits and mythical beasts.


on 2/25/2010
Email ThisBlogThis!Share to TwitterShare to FacebookShare to Pinterest