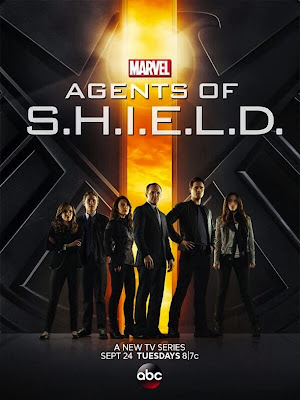 Marvel's Agents of S.H.I.E.L.D., or simply Agents of S.H.I.E.L.D., is an American television series created for ABC by Joss Whedon, Jed Whedon and Maurissa Tancharoen, based on the Marvel Comics organization S.H.I.E.L.D. (Strategic Homeland Intervention, Enforcement and Logistics Division). The series is produced by ABC Studios, Marvel Television, and Mutant Enemy and is set in the Marvel Cinematic Universe, sharing continuity with the films in that franchise. It revolves around the character of Phil Coulson, with Clark Gregg reprising the role. The series was officially ordered on May 10, 2013 and premiered on September 24, 2013. On October 10, 2013, ABC picked it up for a full season of 22 episodes.


Agent Phil Coulson puts together a small team of normal, non-superhuman S.H.I.E.L.D. agents to handle strange new cases. Each case will test the team in cooperation and ingenuity as they try to work together in trying to save the world from threatening, supernatural events on Earth.

Joss Whedon. Need I really say more? It helps a little if you have seen the movies, but I've yet to watch the Avengers and I can manage alright.


Coulson teams up with a fellow agent to find a cure for Skye before it's too late. However, the price may be more than Coulson or Skye are willing to pay.


When Coulson and his team are attacked by Lorelei - a deadly seductress who escaped from Asgard - Thor's Lady Sif, her longtime nemesis, steps in to try to save them.

on 1/03/2014
Email ThisBlogThis!Share to TwitterShare to FacebookShare to Pinterest