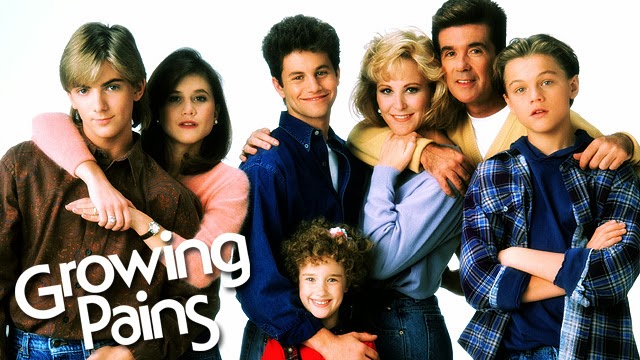 
It's hard enough to raise a kid nowadays but when you have to cope with THESE kids, things tend to get out of hand! Dr Seaver, a psychologist and his wife Maggie Seaver, a journalist, try to do their best raising their family and although their kids, Mike, Ben, Carol and Crissie, cause them endless problems, they manage to keep the family close together. As long as they got each other, nothing else matters...


Theme Song:
"As Long As We Got Each Other" by B.J. Thomas and Jennifer Warnes

Growing Pains was a mainstay in my teen years. Who didn't have a crush on Mike Seaver? This style of family sitcom was prevelant in the 80's and 90's. I think it stands the test of time. And I dare you not to hum along to that theme song.

on 1/19/2014
Email ThisBlogThis!Share to TwitterShare to FacebookShare to Pinterest