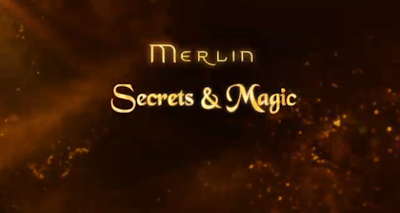 Merlin: Secrets and Magic is a documentary series created by the British Broadcasting Corporation to complement the British fantasy drama television series Merlin. Apart from the initial 50 minute special, which was broadcast directly after the series two premiere, and the first episode, shown first on the Sunday repeat, all new 15 minute episodes are shown right after each Merlin episode repeat on Saturday, Sunday, Monday or Friday evening on BBC Three.

on 3/08/2010
Email ThisBlogThis!Share to TwitterShare to FacebookShare to Pinterest