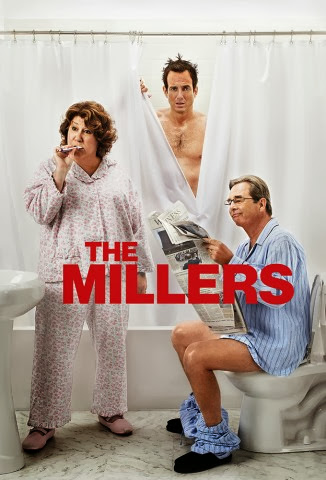 The Millers is an American situation comedy series that was created by Greg Garcia. The multi-camera project premiered on CBS on Thursday, October 3, 2013, as part of the 2013–14 American television season. The Millers airs Thursdays


When Nathan Miller (Will Arnett) informs his parents of his recent divorce, his father Tom Miller (Beau Bridges) follows suit and leaves his wife Carol (Margo Martindale), of forty-three years. Much to the dismay of Nathan, Carol decides to move in with him, while Tom seeks shelter at the house of his daughter Debbie (Jayma Mays), her husband Adam (Nelson Franklin), and their daughter Mikayla (Eve Moon).

Nathan is determined to find something in common with Tom so spends the weekend with him. Debbie and Adam attend a vegetarian convention. Carol accidentally messes up Mikayla's upraising.


Just as Nathan begins to unwind on his vacation in the Bahamas, Carol's surprise appearance gets him riled up all over again until they meet Ganja Pete. Meanwhile, Debbie is upset with Adam when she learns that he used to write love songs for the special girls in his life when he was younger


on 12/19/2013
Email ThisBlogThis!Share to TwitterShare to FacebookShare to Pinterest