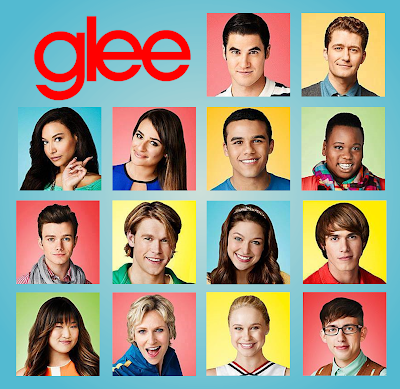 Glee is an American musical comedy-drama television series that airs on Fox. The pilot episode was broadcast on May 19, 2009, and the first season aired September 9, 2009.

On October 17, 2013, in the wake of the death of Cory Monteith a few months before, and a week after his tribute episode "The Quarterback" was aired, Murphy announced that the sixth season of the show will be the final season of the series

RG's Views
What needs to be said about Glee? If you don't enjoy it you have no soul. lol  Honestly you have to enjoy musicals cause yeah they burst into song willy nilly. But it works. They do a great blend of classic and contemporary music, often putting their own style to it.

The characters are a bit one dimensional in that they tend to be the exaggeration of the stereotype they represent. But every once in awhile, you get to see a glimpse of something more. It's your typical Teen comedy except it's so much more.

As graduation approaches, Tina, Blaine and Sam band together to hold a senior "lock-in" at school, hoping to savor their last chance at hanging out together. But their plans are thwarted when Becky joins unexpectedly. Meanwhile, in New York, Elliot is stuck in the middle between Rachel and Santana's feud


The members of New Directions travel to sunny Los Angeles to compete in Nationals, and bring with them two very special guests

on 2/06/2010
Email ThisBlogThis!Share to TwitterShare to FacebookShare to Pinterest