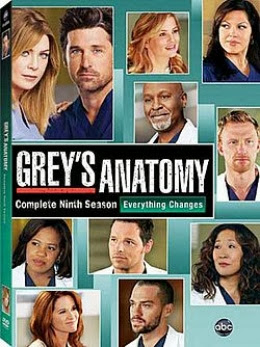 Grey's Anatomy is an American medical drama television series created by Shonda Rhimes. It premiered on March 27, 2005 on ABC.


Working eighty-hour weeks in the fast-paced medical world makes it hard to lead a real life, but Meredith Grey sure is trying. Along with interns Cristina Yang, Izzie Stevens, George O'Malley and Alex Karev's, medical world revolved around textbooks and professors yesterday, but today they are experiencing medicine first-hand as surgical interns at Seattle Grace Hospital, a teaching hospital with one of the toughest residency programs in the nation. Here, they must learn to balance their personal lives with their highly competitive professional lives, all while dealing with the daily stress of life and death situations.

Alex hears news about his dad and becomes angry. Meanwhile, Derek doesn't keep a promise, leaving Meredith feeling betrayed; Arizona and Callie make a decision about their relationship; and Bailey uncovers the real reason why Ben returned to Seattle.

A nonfraternization policy is issued to hospital staff in the wake of a complaint, leading the couples to worry about their relationships. Meanwhile, Emma and Owen discuss the future; and Richard asks the residents to research an atypical cancer case.


on 2/11/2010
Email ThisBlogThis!Share to TwitterShare to FacebookShare to Pinterest