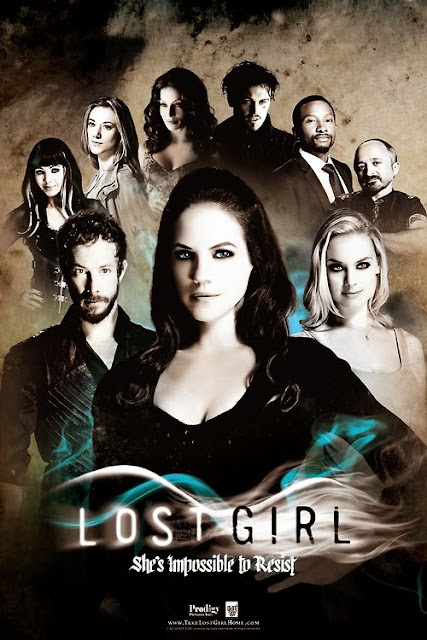 Lost Girl is a Canadian supernatural crime drama television series that premiered on the Showcase Television network on Sunday, September 12, 2010.


The series focuses on Bo, a supernatural being called a succubus  who feeds on the energy of humans, sometimes with fatal results. Bo was raised by her family to believe that sex of any kind was inherently evil. She discovers her powers after a traumatizing sexual encounter, leaves home, and sets out on her own, ‘feeding’ whenever the urge becomes too overwhelming. After leaving a victim in an elevator after saving a young girl from them, she is captured by the Fae, who take her in and discover that she is a succubus. Bo is then forced to choose sides, between the Dark or Light clans of the Fae. She refuses, choosing the side of humans. She then leaves them and attempts to find her real mother and understand her origins.


+----------+    +----------+    +-----------+
RG's Views:
This is a great show, the one thing I found it lacks is exposition. It needs just a little more explaining sometimes. But as the series progresses you usually get your answers. It's a Canadian show, so production is a bit less than stellar (we Canadians are hard on ourselves). But the concept and the character development are terrific. As much for the supporting roles as the leads.


Season Finale:
Bo is forced to make the toughest decision of her life to stop evil from bringing destruction on her world.

On February 27, 2014 Showcase confirmed that Lost Girl had been given a fifth season and was planned to begin production in spring 2014 and be set to air in Fall 2014 A thirteen episode season was confirmed in the release as well.

on 9/14/2010
Email ThisBlogThis!Share to TwitterShare to FacebookShare to Pinterest