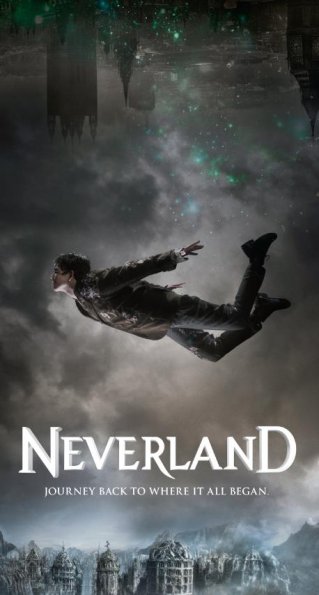 Neverland is an adventure/fantasy miniseries that aired on the Syfy network on December 4 and 5, 2011, written and directed by Nick Willing. It is an imagined prequel to the Peter Pan story.

In 1906 London, orphan Peter Pan (Charlie Rowe) is one of a gang of juvenile street thieves assembled by arch crook and ace fencer James 'Jimmy' Hook (Rhys Ifans). When Jimmy scores a major job, the ever-willing-to-please Peter convinces the other boys to pull off the heist themselves in order to impress Jimmy. However, the job takes an unexpected turn, when the theft of a magical orb sees them all whisked to an uncharted world full of forbidding mountains and crocodile-infested seas, a world where time literally stands still: Neverland. As Peter tries to reunite his crew with the help of a lost Kaw tribe, he learns that his mentor Jimmy has fallen under the spell of the power-mad pirate queen Elizabeth Bonny (Anna Friel).