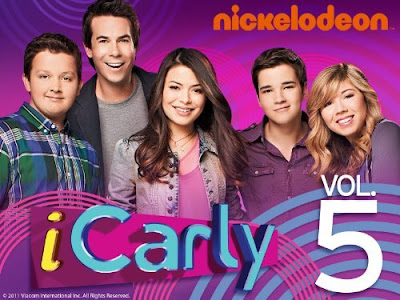 iCarly is an American sitcom created by Dan Schneider, who also serves as executive producer. The show is taped at Nickelodeon On Sunset in Hollywood, California. The show premiered on Nickelodeon on September 8, 2007. The series finale, "iGoodbye", aired on November 23, 2012.


Carly hosts her own home-grown web show, iCarly. She lives with her twenty-something brother/guardian Spencer and produces her Web casts from a makeshift third-floor loft studio. Grappling with adolescence, she never aimed to gain fame as a rising star/underground celebrity to kids. As events unfold in the pilot, it all happens by accident when a teacher puts her in charge of the school talent show. She and her sassy best bud Sam turn the audition process into a show, which Carly's tech savvy smitten friend Freddie tapes - including their hilarious banter and great chemistry - and posts on the Web without telling the girls. The on-line audience clamors for more, and a pop phenomenon blooms, with Carly and sidekick Sam's regular Web casts ultimately featuring everything from comedy sketches and talent contests to interviews, recipes, and problem-solving.

Theme Song:
Miranda Cosgrove - Leave It All To Me


RG's Views
I had only caught the odd episode of this until a couple of weeks ago when it came out late night. I immediately found all the eps and sat through all 5 seasons in just a few days. I love the silliness of this bunch. It's a great teen comedy.

on 2/03/2012
Email ThisBlogThis!Share to TwitterShare to FacebookShare to Pinterest