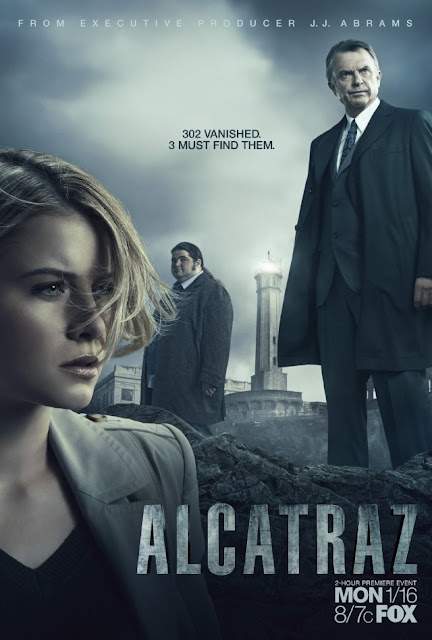 Alcatraz is an American television series  airing on Fox. The pilot episode was produced by J. J. Abrams' Bad Robot Productions and written by Steven Lilien, Bryan Wynbrandt and Elizabeth Sarnoff. The series aired as a midseason replacement starting January 16, 2012. The show was cancelled on May 9, 2012.


For the longest time, ever since the prison facility closed down and the remaining hard-core loner prisoners had been evacuated in a final transport, none of the visitors of the small island of Alcatraz seemed to give a thought to their common final fate.
Suddenly, the fog around these criminals is being pierced. One by one, another specialized law-violator with a purpose is being seen in present-day San Francisco, where the newly recruited partnership of a dedicated law officer with an unusually skilled Alcatraz savant faces a plate full of secrets, violence, previously unknown scientific occurrences and interrelated, deep-rooted grudges by police, guards & criminals alike.

RG's Views
Well this one just started and I only got halfway through the 2nd episode. But despite that it was riveting. It's too early to call it but it's definitely worth catching.

on 2/03/2012
Email ThisBlogThis!Share to TwitterShare to FacebookShare to Pinterest