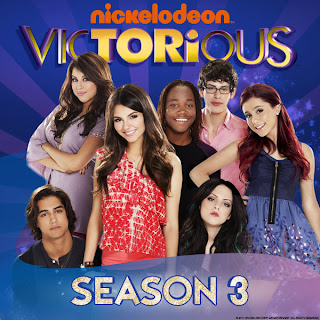 Victorious (stylized as VICTORiOUS) is an American sitcom created by Dan Schneider that originally aired on Nickelodeon from March 27, 2010 until February 2, 2013.


Tori Vega is an aspiring singer who attends a performing arts high school, but gets after she replaces her sister who had a medical accident on the night of their school’s annual talent showcase, she gets offered the chance of a lifetime – an invitation to attend the elite Hollywood Arts High School.


RG's Views:
I love Victorious! It's a great teen show, that makes me wish I was still one of them. (until I remember that we didn't break into song and dance at my school). The music is pretty good for this kind of show, though given the premise they don't do as much performing as you might expect. Not a character in the bunch that you don't love, including the mean girls. No high drama in this one, just good old fashioned silliness.

on 3/30/2010
Email ThisBlogThis!Share to TwitterShare to FacebookShare to Pinterest