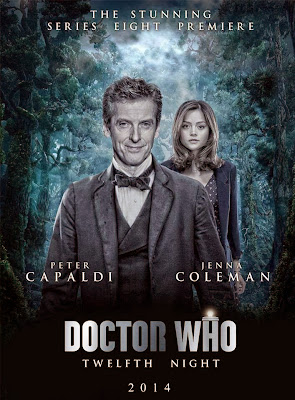 Doctor Who is a British science fiction television programme produced by the British Broadcasting Corporation (BBC).


The programme depicts the adventures of a mysterious and eccentric humanoid alien known as the Doctor who travels through time and space in his spacecraft, the TARDIS (an acronym for Time And Relative Dimensions In Space), which normally appears from the exterior to be a blue 1950s British police box. With his companions, he explores time and space, faces a variety of foes and rights wrongs.


Theme Song:
Doctor Who Themes (all of them)


+----------+    +----------+    +-------------+
RG's Views
One of the best shows out there. Period. Yes it has cheesy effects and ridiculous monsters. But it also has some of the scariest villains you'll ever have nightmares about. The best supporting cast, great storylines. And a doctor that gets reinvented every few years and still somehow manages to make you fall in love with him. If you are a fan of fantasy/psyfi and you are not watching this show then you need to get yourself checked out.


A synopsis released on the BBC website read: "Orbiting a quiet backwater planet, the massed forces of the universe's deadliest species gather, drawn to a mysterious message that echoes out to the stars. Amongst them, the Doctor. Rescuing Clara from a family Christmas dinner, the Time Lord and his best friend must learn what this enigmatic signal means for his own fate and that of the universe."
As revealed in the first trailer, Tasha Lem, someone from the Doctor's past, stands with what looks like the Church and proclaims "The Siege of Trenzalore is now begun!" This refers to the prophecy, said by the character Dorium Maldovar, stating that on the fields of Trenzalore at the fall of the Eleventh, the Silence will fall when the oldest question in the universe, "Doctor who?", is asked.

It is planned that the eighth series will contain 13 episodes to be broadcast in the autumn of 2014, not split into two parts but transmitted on consecutive weeks. Starring Peter Capaldi as the Doctor and Jenna Coleman as Clara Oswald, filming is due to start in January 2014.


on 5/30/2010
Email ThisBlogThis!Share to TwitterShare to FacebookShare to Pinterest