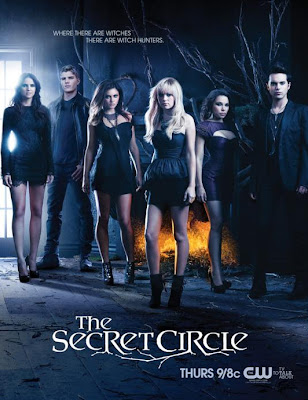 The Secret Circle is an American Supernatural Drama developed by Andrew Miller for The CW, based on the book series of the same name written by L. J. Smith. It will premiere on Thursday, September 15, 2011.

Set in the fictional town of Chance Harbor, Washington, the series will follow a California teenager who learns that she comes from a family of witches. Cassie, the main character, lost her mother in what she believes is an accident, leaving her an orphan. She quickly finds friends at her new school and finds out the secret of her family's history and the history of all the town's witches. But then she finds an old paper book which has another secret in it: her mother's death might not have been an accident.

RG's Views
One of the best fantasy shows of the season. It's aimed at a younger demographic, but I think it appeals to anyone who is a fan of the genre. Lots of mystery and magic with the usual CW character driven plots.

on 9/15/2011
Email ThisBlogThis!Share to TwitterShare to FacebookShare to Pinterest