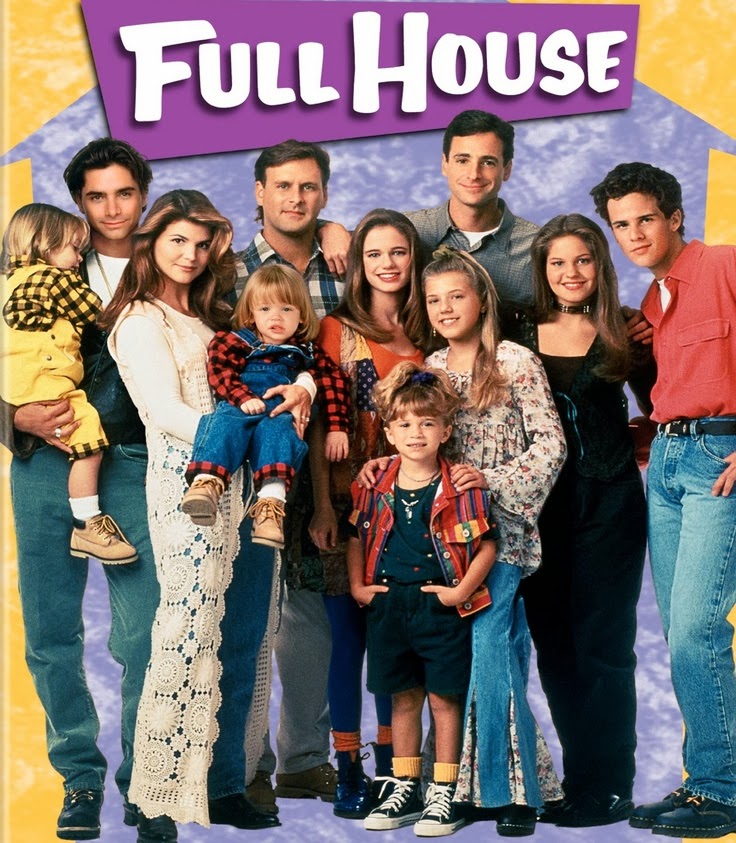 Full House is an American sitcom television series, which originally ran in prime time from September 22, 1987 to May 23, 1995, on ABC. The series originally ran for 8 seasons and 192 episodes.


After news reporter Danny Tanner's wife Pam is killed in a car crash by a drunk driver, he recruits his brother-in-law Jesse (an exterminator turned rock musician) and quirky best friend Joey (a comedian) to help raise his three daughters, D.J., Stephanie, and Michelle, in his San Francisco home. Over time, the three men as well as the children bond and become closer to one another.
In season two, Danny becomes co-host of a local morning television show, Wake Up, San Francisco, and is teamed up with Rebecca Donaldson. Jesse and Rebecca eventually fall in love, and are married in season four. In season five, they have twin sons, Nicky and Alex.

I dare you to find a kid of the 90's who didn't watch Full House. Even today, when an episode comes up on TV, I can't help but stop and watch the antics of the Tanner clan. There was just something about that extended family that made you want to be a part of it. Does it stand the test of time? Well the fashion trends certainly don't. Some of the plots would probably seem pretty tame by the standards of today's family programming. But maybe that's what I like aout it. It was just a lot of innocent fun. Where even the dramatic moments were still pretty light. And always funny.


on 1/28/2014
Email ThisBlogThis!Share to TwitterShare to FacebookShare to Pinterest