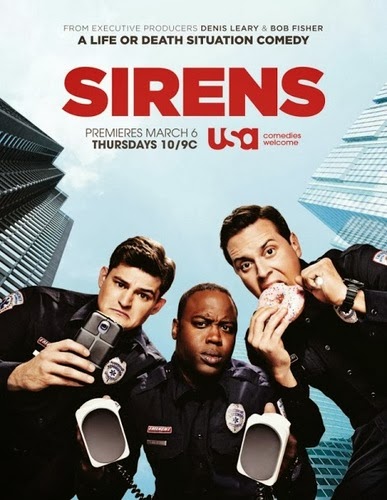 Sirens is an upcoming American comedy television series loosely based on the British series of the same name. The American version was adapted by Denis Leary, an actor, comedian, writer, director and film producer, and screenwriter Bob Fisher. The American cable television network USA has ordered a ten-episode first season, which is slated to premiere on March 6, 2014 at 10/9 Central.


Three Chicago EMTs with the Eminent Ambulance Company may have narcissistic and self-destructive qualities that affect their own personal relationships, but their abilities on the job save lives.

While Brian's has his first day on the rig, Johnny runs into Theresa for the first since they took "a break," and Hank and the guys discuss their "In Case of Emergency" contacts.

on 2/27/2014
Email ThisBlogThis!Share to TwitterShare to FacebookShare to Pinterest